Customize your ships with these additional accessories!

These aren't your average flight stand! They are all metal giving your miniatures a supremely stable and solid base, and make them last practically forever.

They are 1 1/2" in diameter (40mm) which is a very attractive size for both small and large miniatures, but have a flat top surface which is 1" in diameter before it starts sloping such that it also looks attractive on 1" hex or square maps. The outer edge of the post support is just under 1/4" in diameter so if you print out a label for the stand, and cut it into a 1" circle, you can use a regular hole punch to cut out the center.

The post that comes with the stand is separate, with a supported post hole on the base 1/8" in diameter (inside) allowing you to customize them to any height using a standard 1/8" diameter rod if you so choose.

The sloped ring around the outside of the base is scored in 15 degree increments making them easy to paint to fit whatever game requirements you need. Pictured above are examples painted up for use with the standard With Hostile Intent 8 direction arrangement, a hex map arrangement, and a 12 clock facing arrangement.

Lastly, they are designed to work best with the Ninja Magic Magnetic Adapters and the base sized to provide a stable platform for use with any of the angle adapters. With the magnetic adapter system attached, this will likely be the only flight stand you'll ever need! 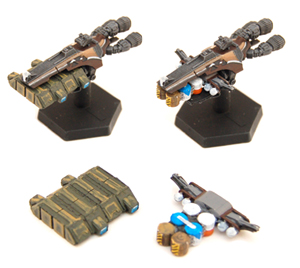 Use these optional payloads to convert the Kikako Auxiliary into an armorer or a tanker. Included is one armorer payload and one tanker payload.

Add dimensionality to your games by using these small miniatures to track ordnance in flight, indicate launches, or provide the locations of battlefield objectives. 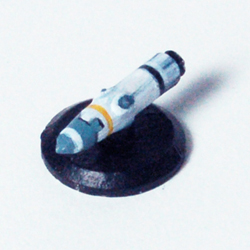 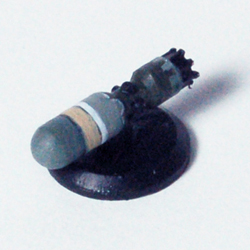 Put the heat on your opponent with these plasma weapon counters. See listing above for how many come in each pack.


Defend your assets with a fearsome field of these mine miniatures. Available in spherical or pyramidal versions and sold in packs of 12. 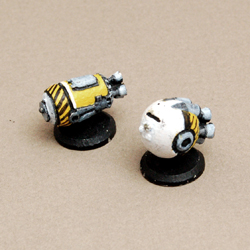 
Save your crew, or use them as objective markers, these escape pods provide players with something new on the table. Available in spherical or cylindrical versions and sold in packs of 4. 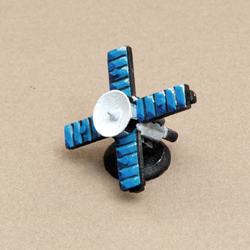 Use these satellites to represent objectives, or add to your battles a wider range of space-borne objects. Sold in packs of 3.